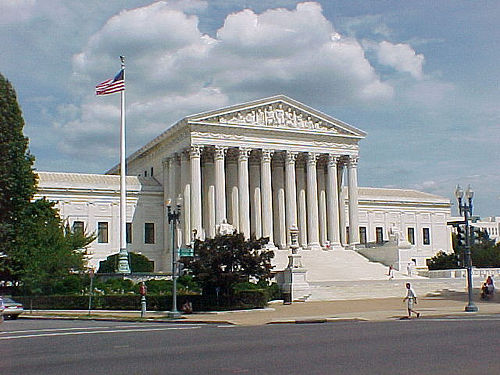 Previously, we discussed the decision of the Supreme Court in Thompson vs. North American Stainless , which unanimously upheld a retaliation claim by the fiancé of an employee who had filed a discrimination charge. This week, we further analyze the ruling and its significance.

Hans Bader of The Examiner headlined his take on Thompson : “The Supreme Court once again shows it is NOT pro-business.”

Of course, it’s not a simple matter of pro-or anti-business; the Court applies the law, not its political inclinations (though the latter may play some role). In employment cases, it must rule in a manner supported by both the statutory text and a rather large body of Supreme Court law developed during the four-plus decades since enactment of the 1964 Civil Rights Act.

Thompson is a logical outgrowth of the decision in Burlington Northern vs. White, which was also a “pro-employee,” not pro-big business, ruling.

In Burlington, the Supreme Court unanimously found that a retaliation claim could be based not only on so-called “ultimate employment decisions,” but also on lesser employer actions that are materially adverse — those that might “have dissuaded a reasonable worker from making or supporting a charge of discrimination.” In Burlington, the Court upheld a claim alleging that a reassignment to different duties and a suspension without pay constituted unlawful retaliation.

The Burlington case expanded the potential for cases such as Thompson to be heard — by allowing third-party retaliation claimants to argue that the action taken against them is the type of thing that might have dissuaded their friend or relative from complaining of discrimination. Indeed, the Court bought this reasoning, being compelled to follow Burlington and finding the Thompson holding inevitable under the Burlington standard.

The Increased Popularity of Retaliation Charges

Retaliation has always been a fairly common charge, often made in conjunction with allegations of another type of discrimination, such as race or gender. (The form for filing charges with the EEOC has boxes to check which type(s) of discrimination are alleged, including retaliation, and multiple boxes can be checked.)

In a New York Times article earlier this month, “More Workers Complain of Bias on the Job, a Trend Linked to Widespread Layoffs,” Michael J. Zimmer, an employment law professor at Loyola University in Chicago, said, “The uptick in EEOC complaints is directly correlated to the downtick in employment.”

Employment lawyer Michael S. Burkhardt, of Philadelphia’s Morgan, Lewis & Bockius, said that the majority of charges being raised to the EEOC are merely results of the upset of the affected party in being terminated. He also said that some charges are filed with the EEOC if the party suspects they will soon be laid off in order to make their termination more difficult, as the original charge while still employed can become the basis for an additional retaliation charge upon termination.

How Slippery is the Slope?

North American Stainless, the employer in the Thompson case, argued before the Court that upholding the claim in Thompson would have a “slippery-slope” effect — that it would open the door wide for retaliation claims based on all manner of relationships to an employee who exercises rights under the discrimination laws.

It may have been a poor strategy to rely heavily on the slippery slope argument. Such reasoning is so weak it has often been described as a logical fallacy.

The best response to the slippery slope argument is to refuse to take the bait and instead say that while the extreme at the bottom of the slope is indeed obviously unacceptable, somewhere in the middle, part way down the slope, there is a line. Essentially, a court can say, “The line may be fuzzy, but we’ll know when we’re crossing it – and we’re nowhere close in this case.”

Not surprisingly, that’s pretty much what the Court said in Thompson. The Court was cautious about not wanting to expand the right to file third party retaliation claims to more casual relations. Beyond family members – or near family members such as a fiancé or domestic partner – there appear to be a relatively few situations in which a third-party retaliation charge could succeed. A court would probably not rule in favor of mere acquaintance-like work friends.

Thompson is an Example of “ Hard Cases Make Bad Laws“

The claim in Thomson was undeniably unusual. It was unusually sympathetic (what a prelude to a wedding!). It was also factually unusual, as it is not often that: (a) both members of an engaged couple work for the same employer and (b) one of them gets fired shortly after the other complains of discrimination.

All too often, appellate court decisions remind one of the old maxim, “Hard cases make bad law,” meaning “exceptional legal cases aren’t suitable as the source of generalized laws.” There may be an important legal issue at stake in “hard cases,” such as Thompson, but the facts are exceptional, and the decision is likely to have a negative impact on much less exceptional cases. Even if courts stop well short of the bottom of the “slippery slope,” litigation of less exceptional cases testing that limit will be encouraged by a “hard case.”

What is the lawyer’s obligation in such a case? Obviously the lawyer’s obligation is to the client’s representation, not the law’s development. Yet the client will also be affected if the outcome is “bad law.” So, particularly in deciding whether to attempt to have a case heard by the Supreme Court (or, as in this case, reheard en banc at the Circuit level), a valid consideration a good attorney should raise is whether this is the best possible case to make into a test case. Perhaps North American could have or should have settled after losing the Circuit panel decision or even while the plaintiff was pursuing a grant of certiorari by the Supreme Court (almost always a long shot) — especially if it had some decent facts on why it fired the fiancé.

There is concern about an employer’s ability to make a termination decision when the employee’s relationship to others who complained of discrimination must be taken into account.

David Murphy of Morrison & Foerster’s Palo Alto law office said, “As a result of this decision, employers when taking more serious disciplinary or other significant employment actions need to be aware of whether the employee involved is related to or involved with a prior discrimination claimant in anything more than a ‘mere acquaintance’ status.”

This would be true if the best practice in employment decision-making was to first assess whether an employee had any protected characteristic (both visible, such as race or age, or invisible, such as having exercised rights under workers’ compensation, discrimination, or other laws) and then take special care with those who have such a characteristic, while relaxing scrutiny and allowing supervisors freer reign and discretion with the prototypical unprotected employees — white males under 40 with no disabilities who never complained about anything or exercised any protected legal rights.

This is not the best practice. Though employment lawyers always like to know about protected characteristics when advising on an employment decision, our advice should not be dependent on that fact. The best practice to follow is to treat everyone the same under similar circumstances, and to document decisions well in case it is necessary to defend them to the EEOC or in court, protected characteristic or not. That is what compliance with equal employment opportunity law requires. A decision can’t be based on whether a person is a certain protected age, race or sex, or has engaged in activities protected against retaliation – or is in a relationship with someone who has — but on whether it is a good decision.

Prior to terminating an employee, rather than investigating whether they have family or friends who have made discrimination complaints and thus might provide a basis for a third-party retaliation claim, an amployer might be better off having defenses of ignorance and fair treatment. If North American’s decision-makers who fired the plaintiff in Thompson hadn’t even known about the relationship with the fiancé or about the fiancé’s discrimination charge, such ignorance would have been a powerful defense!

Brian Van Vleck, in an article called “Retaliation by Association is Illegal—Thompson vs. North American Stainless, L.P.” in the California Workforce Blog, brings up a good point about the possibility of termination in relation to retaliation discrimination.

But this alleged scenario — terminating employee A for the sole purpose of hurting employee B — is probably not very common in the real world. A more likely scenario is that once a whistleblower is terminated, his supporters or protégées may find themselves on the chopping block because they are now perceived as part of a disfavored or disloyal faction which has just lost its patron.

So Van Vleck is suggesting a subtle distinction: that between a third-party termination that truly has a retaliatory motive of punishing the originally complaining employee and one that has a motive of punishing the third party in a form of guilt by association. That might be a tough distinction to get across on summary judgment or before a jury – which is not to say one shouldn’t attempt it in an appropriate case.

Another good approach to defense of a Thompson-type third-party retaliation claim would be to focus on applying the Burlington test to the relationship between the parties involved. One would ask, for example, how many employees who truly felt aggrieved by discrimination would be dissuaded from filing a charge by the thought that a beer-drinking buddy, sometime dating companion, or frequent lunch-mate might get fired – and how likely it would be that the employer took such an action with a retaliatory motive.